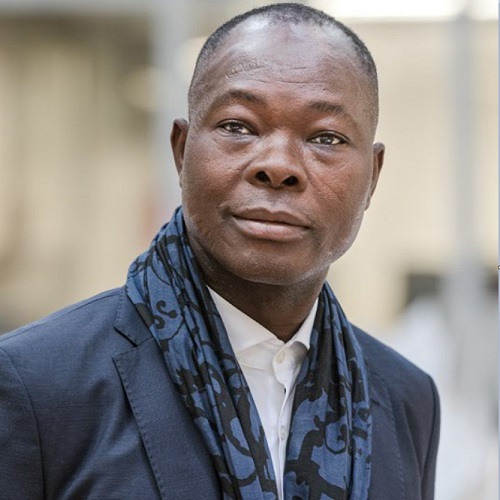 Keynote 2: How can bridges be built and strengthen to promote a sustainable economic relationship between Africa and Germany?

Architect Francis Kéré was born in the small West African town of Gando in Burkina Faso. after being awarded a scholarship to apprentice in Germany, kéré went on to earn a university degree in architecture and engineering. in 2001, he was awarded the Aga Khan award for his design of the Gando primary school, a project realized with the help of the kéré foundation — a organization set up to help improve the lives of people in West Africa. today, Francis Kéré is regarded as one of global architecture’s most influential figures. in addition to his work in Burkina Faso, he has projects underway in three other continents, and has designed this serpentine pavilion in 2017.

To learn more about Francis Kéré work go to the website of Kéré Architecture at http://www.kere-architecture.com